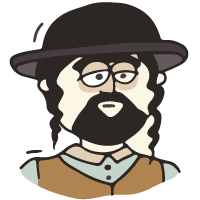 I have always been someone who is dedicated to learning new things, but a few years ago I realized that there was one subject I had never broached: technology. I had let the entire technology universe move forward without me on board, and I was really behind. I decided to start working hard to understand how to use computers, smart phones, and networks, so I enrolled in a local technology class. It was incredible to learn all of the names of the different devices as well as how to use them, and before I knew it, things were easier than ever before. Check out this blog for great information on technology.

Do you want to make a game that makes more money than the initial purchase? Have you already created the game or own the rights, but want to expand your financial opportunities? Microtransactions are just another fishing line to cast into the sea of gamers with money to spend, but you need the right mix of enjoyable content and products worth buying. Here's an overview of microtransactions in gaming to understand how the system works for different types of games and various gamer mindsets.

Microtransactions are intended to be low-value purchases made inside a system. In gaming, this usually manifests as a free-to-play or "freemium" game that has a shop with a few in-game items for sale.

Traditional game purchases mean spending money for a tangible product, meaning that you got an actual box of software that could be installed and played. This became a bit of a grey area when games could be downloaded without buying the discs or game media in physical format, but you were still paying for a programmer's work.

With microtransactions, you're paying for code that no one actually has to write or act upon after purchase. Yes, someone has to code the shop and program the delivery method of the items, but there isn't an actual person typing up digital potions, armor, pets, or clothing when a players buys something.

How Are Microtransactions Used In Games?

Microtransactions are a bit of a sore point in gaming because of the way some games handle their impact. Developers have to work within a spectrum of in-game store or "cash shop" items that are purely cosmetic (for appearance, but with no game advantages) or delivering power in the game in exchange for money.

Don't discount the value of cosmetic items. In a game where having a cool, pretty, or otherwise enjoyable character appearance matters, some people are willing to pay good money to digitally wear something unique or in good taste.

There is still a bit of drama within the cosmetic items world, as some people consider it unfair to limit certain costumes or appearances to real money-only transactions. If you make the item available in game, people may complain that real money is used to cheat ahead of players who earn the costumes through normal gameplay.

The much more intense arguments come from items that matter in gameplay. If your game involves combat, getting stronger through experience and levels, and wearing equipment to increase power, any items that make those goals easier can tempt many players while enraging others.

The main argument is over "natural" gameplay, or earning things within the game without using real money. This means killing monsters for gold or credits, finding items in chests, and trading with other players using in-game currency.

Many players are willing to spend money to win, but you run the risk of alienating players who want a game free of real money corruption. There's also the risk that microtransaction players may get bored after buying their power.

A good balance is to make basic, helpful items available, such as health positions or armor for the lowest levels of the game. Some people may complain, but the higher rungs of gameplay will still be mostly free of real money assistance.

Contact an app development professional to discuss other aspects of gaming as a continuous source of income.